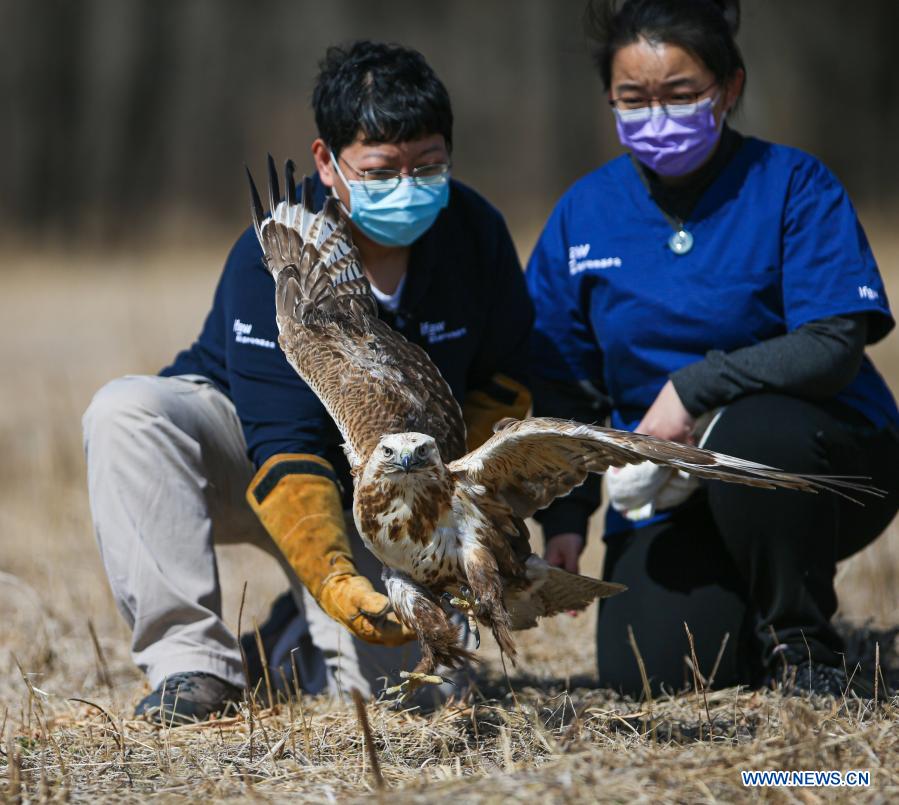 Dai Chang (R) and Zhou Lei, staff members with ifaw Beijing Raptor Rescue Center, release a buteo in Beijing, capital of China, March 20, 2021. Two buteos were released near Yeya Lake Wetland Park in Yanqing District of Beijing after three months of recovery at ifaw Beijing Raptor Rescue Center. A total of 5,386 raptors have been saved by the rescue center from 2001 to the end of 2020, over half of them have been released to the wild. (Xinhua/Li Jing)