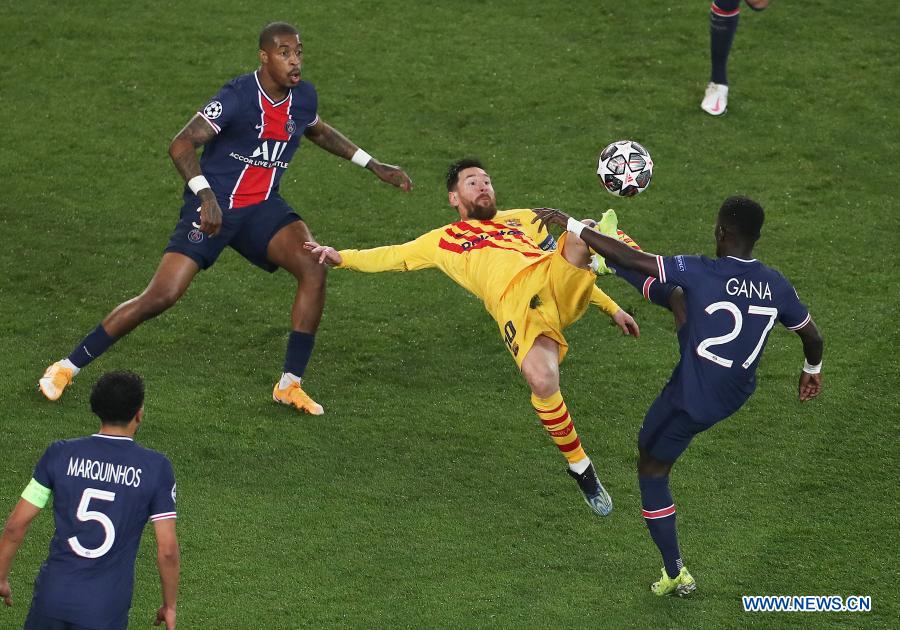 LONDON, March 10 (Xinhua) -- Liverpool beat Leipzig 2-0 on Wednesday to ease into the UEFA Champions League quarterfinals 4-0 on aggregate while Paris Saint-Germain drew 1-1 with Barcelona at home to see off the Spanish giants 5-2 over two legs from the tournament.

The English champions defeated their German opponents 2-0 nearly three weeks ago in Budapest, then returned to the Hungary capital for their second-leg game.

They wasted several chances before finally opening the scoring in the 70th minutes as Mohamed Salah collected Diogo Jota's pass to hit the bottom corner. Four minutes later, Sadio Mane added a second for the Reds from close range.

After suffering their sixth straight home defeat in the Premier League last Sunday, Liverpool is only eighth with 10 matches to go. They can only pin hope of winning silverware on the Champions League where they will find out their quarterfinal opponents when the draw is made on Friday.

At the Parc des Princes in Paris, French star Kylian Mbappe put the hosts ahead with a 30th-minute penalty, but Lionel Messi equalized with a stunning long-distance strike seven minutes later.

However, it was far from enough for the visitors as they still kept a three-goal deficit from the 4-1 loss in the first leg. They tried hard in vain and the result meant that Barca fails to reach the last eight of the Champions League for the first time since the 2006-2007 season. Enditem